Once upon a time there was an Aussie Dad called Peter who loved the goodness of fresh milk. Every day he would encourage his four children to drink milk, because he knew it would help them build strong bones and teeth. What he didn’t like were the flavoured milk powders and drinks that masked the goodness of milk because they were full of artificial colourings and too much sugar. So Peter, who was really good at making things, decided to invent the Sipahh straw.

What made the product so unique was how it worked. Lightly flavoured tapioca beads carry the Sipahhflavours through the straws, allowing for soft bursts of deliciousness, followed by pure milky moments. With Sipahh you can really taste the milk, because it doesn’t overwhelm with sweetness. Each Sipahh straw has less than half a teaspoon of added sugar, is portion controlled and is completely without preservatives, artificial colours and flavours.

It’s also appropriate for people with dairy allergies as the straws can be consumed with soy, coconut or rice milks. An excellent choice for everyday consumption! Kids love the Sipahh “straw experience”, as well as the wide range of appealing flavours, and parents love Sipahh for its low sugar content and portion control (and, as we soon discovered, many of them love drinking it themselves!).

The trouble was that back in 2012, there was little awareness of these things. People thought of Sipahh as fun and novel – a treat for special occasions, opting instead for competitor products that despite “active” messaging are unfortunately sugar-laden and highly processed. Sipahh sales were declining, and the product was losing valuable “line-of-sight” real estate on the supermarket shelves, with a serious threat of being deleted completely.

The answer lay in helping people drink more milk, less sugar, everyday. We needed to let people know that Sipahh was not a confectionary product (as the packaging might have suggested back then), but a good choice for people interested in eating and living well. The product itself was excellent, but it needed a tectonic shift to new brand positioning and primary target market with a dramatic packaging and key messaging renovation. Instead of marketing to kids – as the product previously had been – we focussed on parents.

With the low-sugar debate dominating the public discourse, there was a real opportunity to promote Sipahh – a product with less than half a teaspoon of sugar per straw! – to sugar-wary parents. This was an existing benefit of the product, but it had not been part of the previous brand strategy. A complete messaging refresh was needed.

By better communicating the benefits of Sipahh through revised packaging, renewed messaging and forging an emotional connection between shopper and product, Sipahh moved from being perceived as an “occasional treat” to a new shopper mindset of “pleasurable health everyday.”

People started Sipahh rituals in their homes, serving the product to kids everyday after school, adding it to lunch boxes with bottles of fresh milk, and creating beautiful pastel Sipahh themed birthday parties to avoid the sugar overload that’s become so common these days. It’s nothing short of a revolution in how people view and consume Sipahh!

And the numbers reflect this. Sales of Sipahh soared by 50% in the first 12 months. Retailers invested in a broader offering of the product, as well as offering Sipahh valuable shelf position, a sure sign of its surging popularity. People began to genuinely connect with the brand, sharing their Sipahh stories on social media on a daily basis with the 40,000 (and increasingly growing group of) fellow followers on Facebook, an engaged community we continue to manage for the brand.

And we won an award! DKSH Grocery Connect’s work was recognised with The Australian Marketing Institute’s Awards for Marketing Excellence. We won the National Award for Brand Revitalisation, which was no mean feat, given we were up against some of the largest companies in Australia. The refresh was so successful that DKSH Grocery Connect decided to buy the business, moving from its distribution partner to brand owner in Australia and NZ! Off the back of this success we have also been granted the rights to distribute Sipahh in the UK and areas of South East Asia and our new branding is now used as the benchmark for Sipahh globally. What you see around the world was created here in Australia, by us!

Since these exciting developments, we have continued to grow Sipahh locally, launching an ecommerce store, which is our first foray into the digital space, as well as growing the flavour range from 5 to 23 offerings. We have expanded into Costco, mass merchants, and duty free shopping. And we have launched a new program to sell directly into school canteens and childcares (for everyday catering and for fundraising), who are welcoming a low-sugar offering for their kids.

Further afield we have set up an offer on TMALL, one of China’s large ecommerce platforms. Sipahh is providing to be extremely popular with the Chinese audience, and we’re excited to see how this develops. From the way it works, to how it tastes, to its beautiful pastel packaging, Sipahh is a brand that simply fascinates people. A true category leader, the Sipahh experience knows no bounds! 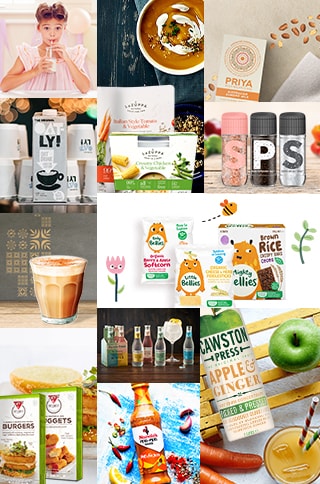 Are you a brand owner or manufacturer?

Get in touch below to talk about a partnership.

Alternatively, if you shopped one of our brands and want to ask us more, please send a note.
We love hearing from customers.